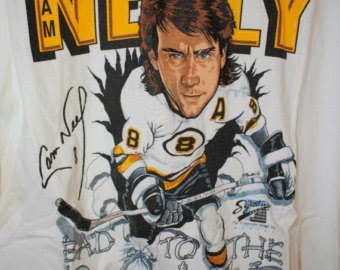 Cam Neely is regarded as one of the all-time best power forwards.  Neely scored 50 goals in three different seasons including 50 in 49 games during the 1993-94 season.  Neely slowed down in the fisticuffs department once he became a 50 goal scorer.  He had 10 GHHTs in his first 6 season, but only two during the rest of his career.  The rest of his career was marred by injuries.  Neely had four GHHTs during the 1987-88 season.  All four came within a 15 game span.  Neely took on all comers in his fights, including heavyweights Chris Nilan, Ken Baumgartner and Dave Semenko.  It is ironic that his last Gordie Howe Hat Trick was against Ulf Samuelsson, a player who cost Neely almost two seasons due to a dirty hit.

There were 21 Gordie Howe Hat Tricks in 2007-08, including one during the play-offs.  Jarome Iginla extended his lead as the active leader with his eight and ninth career GHHTs.  Jarome, and Sean Avery were the only players to have multiple GHHTs in 2007-08.  Teams with a player having a GHHT went 14-7.  Sidney Crosby earned his first GHHT, which included a fight against Andrew Ferrence of the Boston Bruins.  Tom Kostopoulus completed his GHHT when he instigated a fight against Shane Hnidy of the Bruins with less than 10 minutes in the game.  Rick Nash completed his GHHT with a fight at the end of the game.

Posted by JGBlargh at 8:22 PM No comments: